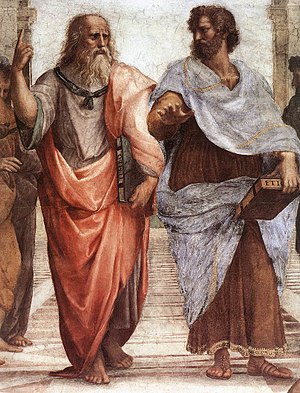 Temperance or restraint: control is a fundamental function of life. Physiology is a complex feedback system that regulates the physics, chemistry, and biology of life. The ability to regulate our own thoughts, feelings, emotions, and actions is a great spiritual and physiological challenge since these complex functions respond to both biophysical and psycho-spiritual parameters. We are made to be self-governing, but when and to the degree that we fail, we call in external forces, such as worldly government, to govern us through forceful means such as threat, duress, and coercion. The Church, like the many earthly states, has a complete set of laws for the governance of our people, the Kingdom of Israel. The difference is that in the Church, the communion of saints and viable souls destined to become saints, we are self-governing beings. There is no part of the law dealing with enforcement. It is a law of Peace for a people of Peace.

Wisdom: Wisdom is an insight into the true essence of things and their operation in Natural Law. It is a dominantly visual process operating within the medium of the Wood Element of Oriental Philosophy.

Justice: Fairness requires the transcendent capacity to see multiple points of view simultaneously, and how the ethical stances involved interact in the Natural Law. It thus grows from the capacity of wisdom, as expressed into the sphere of social navigation.

Courage or fortitude: fear is what courage feels like. When we continue to express acts of our will in the face of challenge and adversity, we strengthen the will, developing fortitude. This is the energy of the Water Element in Oriental philosophy.

The early Church Fathers added to these the three theological virtues from the letters of Paul:

Faith: Faith is one's model of our world, based on past experiences of all types, both direct and by proxy through trust. It is ultimately our love of God founded upon God’s Natural Laws as observed by humanity in the past.

Hope: Hope is our model of the future of our world, again based on our trust and love of God, and in the Natural Laws by which creation operates, including the most important laws of Grace.

Charity or Love: Agape love and charity operate in real-time, founded in the abundance of our true divine source. Love is the only coherent emotion, as observed in sentics, the science of sentient touch. Love is inexhaustible by its nature. It is transcendent. And charity flowing from love, therefore, shares in this boundless source, even to the extent of multiplication of loaves and fishes by Jesus, and rice in a modern-day South American mission. Such multiplication is one of a set of behaviors classed as miracles that obey the Natural Laws also seen in quantum dynamics. For such quantum effects to manifest on the macroscopic level requires great energetic coherence. This is the great work of being a saint in training… Faith working itself out through love.

In the 5th Century, in the book “Contest of the Soul”, came the idea that each of the cardinal sins was opposed by one of seven heavenly virtues. Based on that brilliant juxtaposition, let’s explore our notion that rather than a battle of opposites, the virtues are the center points of these spectra, the points of perfect balance and coherence, making them uniquely true and transcendent.

Chastity is the regulation of desires, neither succumbing to suppression of the passions, nor to unbridled lust. Thus chastity is the perfect balance point between lust and repulsion, or wanting and not wanting. The original meanings of chastity include purity, knowledge, honesty, and wisdom. Chastity applies to hygiene, health, honesty, wholesome thought, and avoidance of intoxication, hostility, temptation, and corruption.

Temperance is the balance point between gluttony and self-denial. Temperance implies self-control, restrain, honor and justice. The process of periodically scheduled feasting and fasting stimulates the development of the regulatory capacity of temperance and therefore leads to greater coherence in its function.

Charity or love is the balance between greed and malice. Charity involves the will, benevolence, generosity, and self-sacrifice. Agape love is necessary for salvation, and with it, none can be lost. This function is founded in the Water Element of Oriental Philosophy.

Diligence is the balance between sloth and compulsion. Diligence involves elements of persistence, effort, ethics, and rectitude.

Patience is the still point between wrath and apathy. Patience is built upon elements of peace, mercy, kindness, and sufferance.

Kindness lies perfectly between envy and tyranny. Kindness is made of satisfaction, loyalty, compassion, and integrity.

Humility is the absolute truth dividing pride and false humility. Humility is composed of bravery, modesty, reverence, and altruism.

The common thread in each of these abilities is a development of balanced self-regulation through simultaneous inner and outer awareness, leading to a state of sustained coherence. In Eastern cultural traditions, this corresponds to the high spiritual value placed on equanimity, as well as the middle path as the Way of Daoist philosophy, a perfect balance of both Yin and Yang.

Thanks go to Father Phil Harmon, an Eastern Rite priest at Kahumana, an interfaith anthroposophical intentional and therapeutic community on the island of Oahu for initiating my thought process on virtues as the center points of the spectra of errors.